It’s a jogging shoe, named after the birthplace of jogging – California – and the year of its original arrival (1978). One of the first mesh-type shoes on the market, it also featured another unique feature – a reflector on the heel. The new version sticks close to the original, with the addition of a metal patch on the outsole. 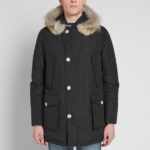