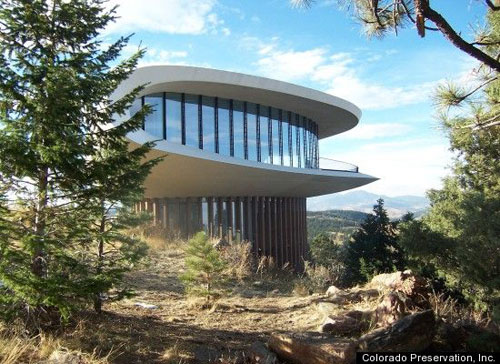 Big thanks to Bob Luedeka for flagging up the sale of arguably the most famous space age house ever built – Charles Deaton's Sculptured House.

You probably know it better as the house in Woody Allen's futuristic 1973 movie Sleeper, but the property pre-dates that year, designed and built in 1963, just outside Denver, Colorado and covering 7,500 sq. ft. over three floors. It was last sold in 1999 by software millionaire John Huggins for $1.3 million, a native of the area who picked up the place in a state of serious neglect – and went about restoring it back to its former glory. 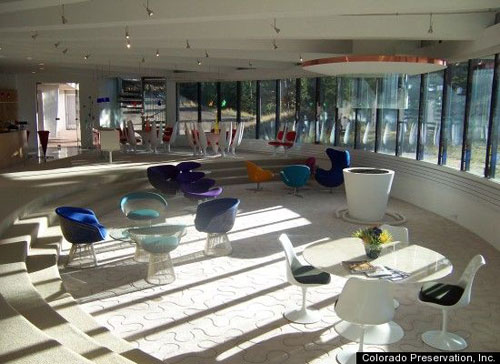 According to Forbes, the renovation cost 'several million dollars' and added 5,000 square feet to the property, using plans that had been drawn up years before by the original architect. That leaves a house with five bedrooms, five bathrooms, a four-car garage and a media room. Not bad for something that started life as a sculpture. 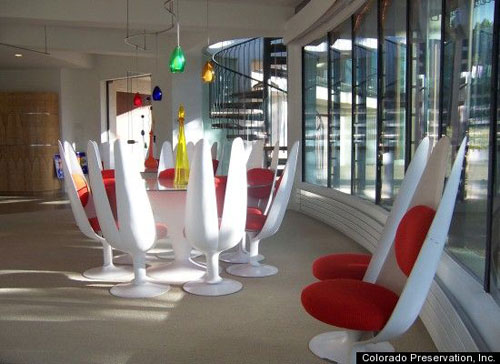 Originally, it went up for sale for $10 million (around £6.3 million), but sold for $3.43 million eventually. However, foreclosure papers have been filed against the home, so the property will now go up for auction. That auction takes place on November 10th via Bayview Loan Servicing in the local area.