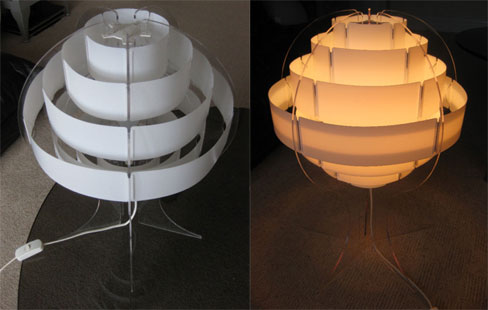 It's a reissue, but this Habitat Perspex Table Light is still a rarely-seen item.

Originally sold in the early 70s in Habitat stores, this is a late 90s reissue in a clear perspex, as opposed to the 'smoked' original. Everything else is as it was, right down to the flatpack – you'll still have to make it yourself when you get it through the post.

It's been 'used' but us described as being in 'great condition', with a good price too right now – just £9.30.