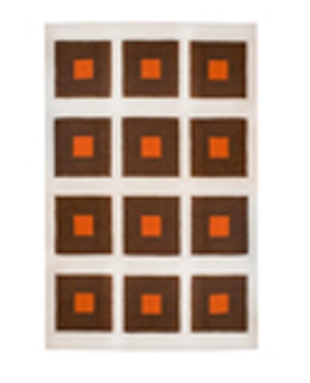 I’m not sure who it is named after and I think it “Peter” may be the name of the pattern, which appears on other Jonathan Adler products too, rather than the name of rug itself.

The retro influenced pattern consists of brown squares containing smaller red squares. The rug measures 4ft by 6ft and is handmade from llama wool. It costs $600 (around £400) from The Fusion Company.