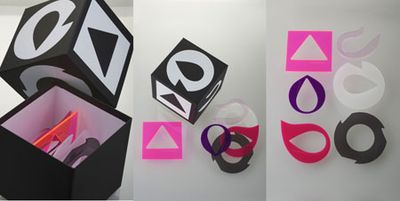 Tatty Devine have teamed up with artist Susanna Heron to mark the Electrum Gallery's 40th anniversary exhibition 'Past, Present & Future', which celebrates jewellery design of the 1970s.

Susanna pioneered the New Jewellery movement of the late 70s and early 80s, a radical design phenomena lead by British artists. Her work was only available in cutting edge galleries and high end department stores of the day and today the originals grace the archives of the Crafts Council. The Perspex Multiples project was first produced by Susanna in 1976 in the same workshop & using the same materials used by Tatty Devine today.

Perspex Multiples comes as a signed box set in a limited run of 25 and does not come cheap. The set is available in colour or white for £600 from Tatty Devine's website. 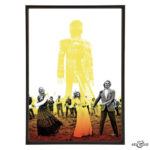