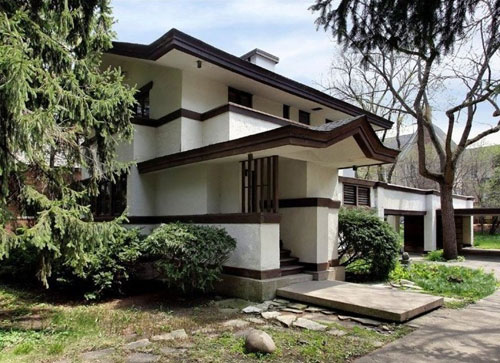 The price of houses in the UK is scary. For example, over on our WowHaus site, we recently featured a Frank Lloyd Wright house in Wetherby, Yorkshire, which was priced at £1.3 million, despite being pitched as a potential 'knock it  down and start again' property. On the flipside, this Frank Lloyd Wright-designed Charles R. Perry House house in East Glencoe, Illinois, USA is an absolute bargain.

It was designed in 1915, but looks much more contemporary. Midcentury at first glance, which is perhaps indicative of the architect's forward-thinking. The interior in particular, with its heavy use of wood detailing,  could be right out of the 1950s. 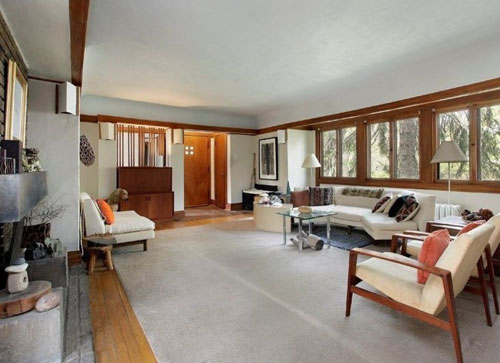 The house, which is sat on a third of an acre and a short walk from a lake, is sold ‘as is’ and apparently needs some updating, not least to the kitchen and bathroom. But the images shown on the agent’s site don’t indicate that considerable work required in the main living areas. On the contrary, they look almost show home. 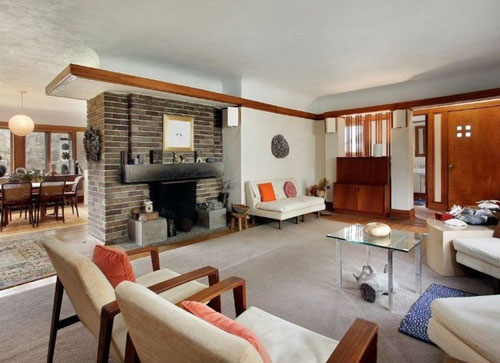 Talking of rooms, there are three bedrooms, a family room, living room, dinning room, kitchen, office, one and a half bathrooms and an ‘unfinished’ basement.