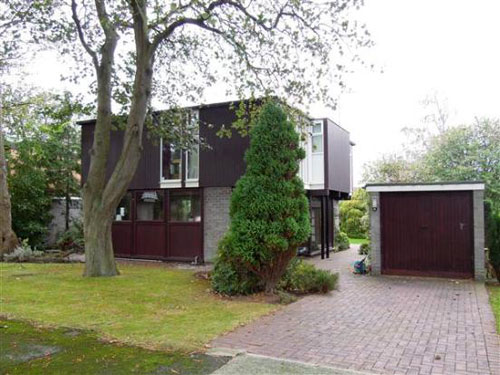 Last week on our WowHaus site, we spotted a modernist property in Neston in Cheshire, the work of noted architect J Roy Parker. After a bit of digging about, we found that he was also responsible for a mini estate in the same area, which includes this 1960s J Roy Parker-designed four-bedroom house in Parkgate, Cheshire.

This cul-de-sac of modernist properties was designed in 1965 and has been featured in the Cheshire volume of Nikolaus Pevsner and Edward Hubbard’s The Buildings of England book, as well as being flagged up by English Heritage. So some pedigree for a suburban dwelling. 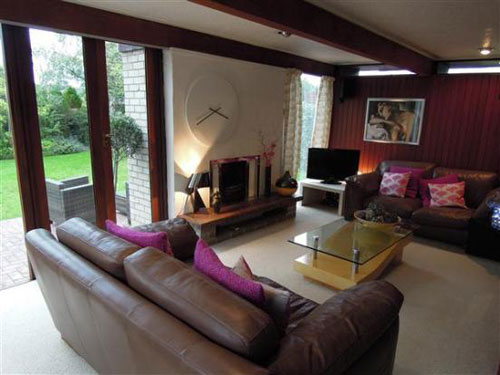 The original shape and features are still here, including the copper roof and floor-to-ceiling windows, mixed with some modern-day home comforts. In terms of that layout, a door and hall with exposed brick face wall and wood panelling lead to a cloakroom with WC and wood-panelled walls, a lounge with French doors to rear and more of that wood wall panelling, a dining room and modern kitchen. 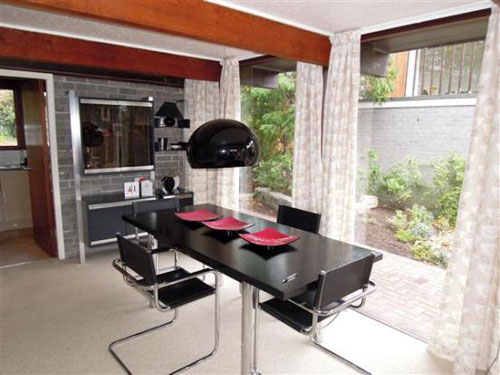 Head upstairs via the open-plan staircase (which ultimately leads to some loft space) and you’ll find four bedrooms (two with built-in wardrobes), a bathroom and separate WC. Outside, there’s a block paved driveway, lawn, mature trees and borders, a garage that’s current used for storage plus two timber garden sheds. The price is around the £350,000 mark.