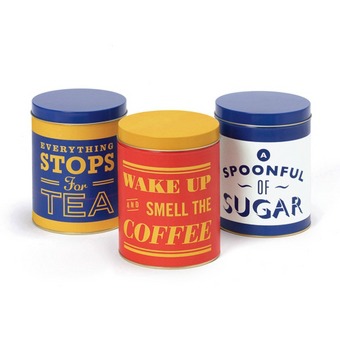 In his apparently non-stoppable rise to world domination, Jamie Oliver also has time to put his name to some rather nice retro kitchen accessories, such as these One good cup deserves another tins.

It's a set of three tins, decorated with colourful, typically chirpy slogans that apparently draw their inspiration from 1950s advertising, though the typography could easily sit a bit earlier than that. Tea, coffee and sugar each get their own tin and uplifting slogan, offering a nice way to brighten a corner of the kitchen. 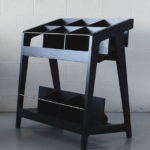