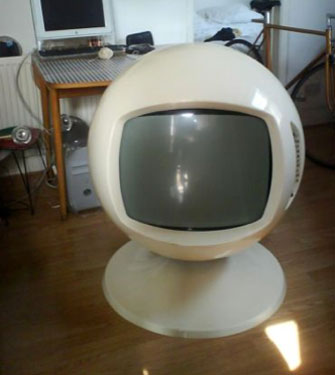 One of those very things is up for auction right now, designed by the wonderfully-named Arthur Bracegirdle and dated to 1968. That fibreglass finish and tulip-style base are the headline acts here, with both described as being in 'very good' condition, aside from a small chip on the front of the frame.

So what's the downside? To put it simply, it doesn't work. According to the seller, it 'used to work', but does need attention. That perhaps accounts for the smaller price tag – £200 right now – which would almost certainly jump up if the thing was working. Alternatively, you may be able to install a modern TV within that amazing frame.