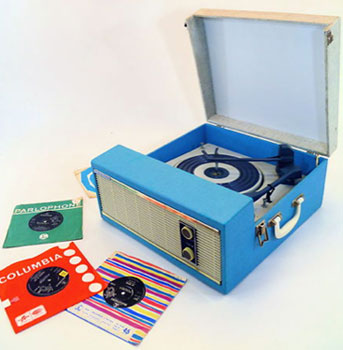 I'm doing a two-for-one posting here, as both of these 1960s Fidelity and Wye portable record players are from the same seller. Indeed, both have been reconditioned too, so could provide a reliable (and cheaper) alternative to the Dansettes which demand the big money on eBay these days.

First up, in the blue corner, is the Fidelity record player, complete with valve amplifier, rotary controls for volume and tone and a 40speed BSR autochanger deck. Condition is described as 'superb', the player has been reconditioned and any faulty parts have been replaced. 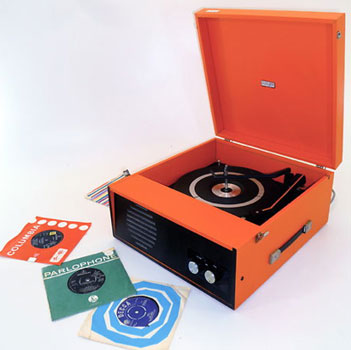 In the orange corner is the Wye record player, which has a 3-speed autochanger, a transistored amp plus rotary controls on the front. Again it is described as being in 'superb' condition and once more, it has been serviced prior to sale.

Early days for both, with the prices of both players standing at 99 pence.