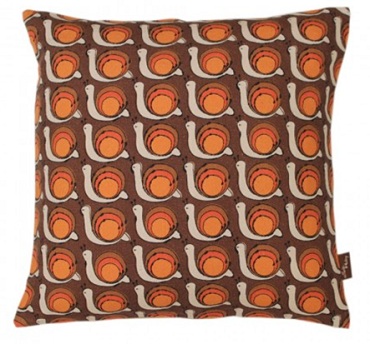 Maria Hatling is a printmaker/artist from Norway, now living in London, but it is her Scandinavian heritage that shines through her work such as this Snail Cushion.

The cushion features a repeated print of a folk art style snail in shades of brown and orange which add to the piece’s retro feel. Maria has only recently launched as a solo designer, but she had previously worked at Orla Kiely. The cushion is made from cotton linen and is supplied with a duck feather cushion pad.

It costs £55 from Gallery Bobbin.