An icon of the old East Germany, this Trabant P601 could be turning heads in the west if you get the high bid at auction.

It's unlikely to turn any heads for its speed and performance, but for its novelty kitsch value, this Trabant will certainly win friends. It's an imported car (left hand drive), dating to 1984, but looking much earlier. It has 29,000 kilometres on that 595cc two stroke engine too. The car is described as being in 'good condition', but it does need some work to get it looking back to its best. Saying that, it's said to 'drive well' and has recently had two new tyres.

Fancy it for summer? The price right now is £375. Many more photos on the listing. 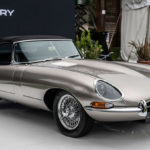 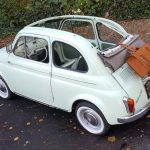