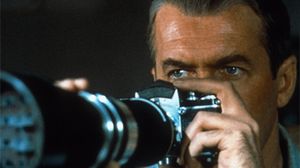 From June until October, the British Film Institute will be hosting a celebration of the master of suspense with their Genius Of Hitchcock Season.

This major celebration of the iconic British film Alfred Hitchcock with feature screenings of his most famous works, such as Rear Window, screened at the BFI Southbank, as well as a selection of his 1920s silent masterpieces in all their newly restored glory.