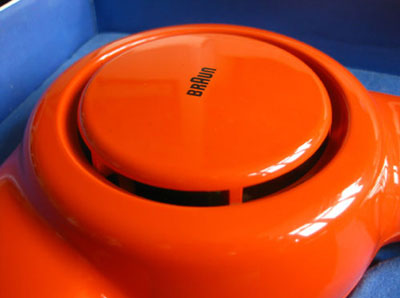 As the seller says, this isn't perhaps the most sought-after piece by the iconic designer, but this 1970s Dieter Rams-designed Braun HLD 6 hairdryer has rarity on its side, especially in the original box and the bold orange colourway.

Rams designed this hairdryer back in 1974 and as a hairdryer, it's likely to still be a functional design. In fact, everything is still here, right down to the clip-on nozzle and original box. The only thing you need to sort out is the plug – it uses a two-prong connector, so you'll need an adaptor.

As for condition, that's described as 'very good' and 'working', just 'some fine marks consistent with light use'. At the right price right now too – still at the 99 pence starting point.

Big thanks to Andrew for the tip off! 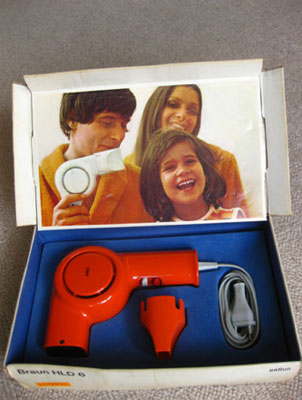