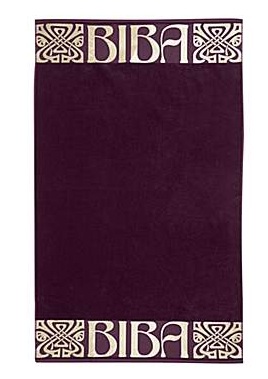 While the Biba range at House of Fraser has proved to be highly successful, they're a different beast to the original incarnation of the brand in the 1960s and 70s under Barbara Hulanicki. This new HoF Biba logo beach towel harks back to those golden years.

The beach towel is an otherwise simple design. That's except for the ornate Art Nouveau-influenced styling of the Biba logo which is used at the top and bottom of the towel.

Made from cotton, the towel comes in typically Biba colours such as black, fuschia and the plum version pictured here. It makes for a refreshing change from the usual technicolour beach attire.

The towels are £14 each. Order them online. 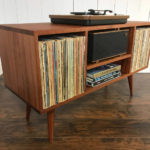 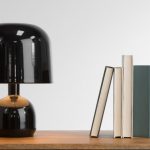 1970s-style Hank table lamp at Made