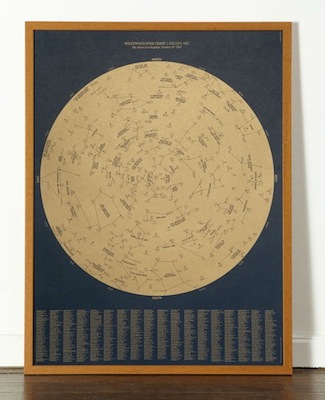 The Golden Age of Hollywood is celebrated in this fabulously obsessive Golden Age Star Chart by Dorothy.

While it looks like a conventional star chart, peer a bit closer (there's a detail shown below) and you'll release the constellations are based on different films and actors, selected from films dating from 1927 up to the 1960s. 1927 was chosen as the start date as it was the year Al Jolson's The Jazz Singer was released – the first film with sychronized dialogue. But it gets still geekier: the pattern of the stars themselves are based on what would have been in the sky over Los Angeles on the exact date of that film's release.

Including 62 different films, including Wizard of Oz, It's a Wonderful Life and Rebel Without a Cause, it's a great gift for any film buffs (and, if you like your films a little more contemporary, take a look at the modern day version as well).

The print costs £100 for a limited edition signed metallic gold litho print or you can snap up the open edition for £25. 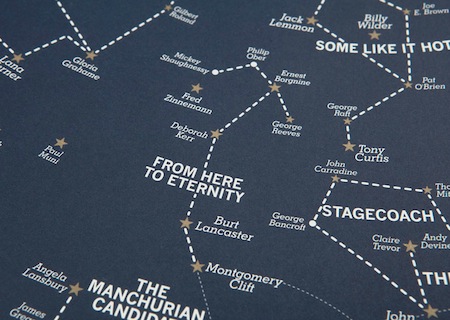 The End of the World print by Matthew Rose