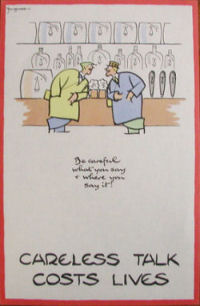 The cartoonist Kenneth Cyril Bird signed himself Fougasse, after an unpredictable type of French landmine. He worked for Punch magazine but he is best known for his propaganda posters produced for the Ministry of Information during the Second World War.

The series of Careless Talk Posters showed Hitler and Goering hiding or in absurd guises to eavesdrop on the public. The posters had a serious message, but typified the British humour in the face of adversity.

Rennies Seaside Modern has several of the original posters in mint condition available for sale, priced £350. 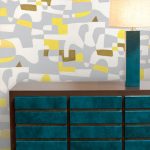 The Jim Flora wallpaper collection by the Double E Company

This Charming Caravan by Pete McKee