We first mentioned this back in 2012 when it was just a concept. Then we heard Polaroid had got involved and now we finally have the launch details for the Polaroid Socialmatic Instagram camera.

I'm guessing that the word 'Instagram' being removed from the title (this is launching as the Polaroid Socialmatic camera) indicates it isn't official Instagram kit, but the functionality remains. In fact, it has been added to.

When this camera hits the shelves, it will run the Android operating system, allowing you to take a photo with the 14-megapixel sensor on its front (or 2-megapixel rear-facing sensor), then share it with the world on Instagram or elsewhere. That's aided by built-in Wi-Fi, a 4.5-inch touchscreen, 4GB of storage and microSD slot to boost that storage further.

If that's not enough, it also uses Zink's ink-free paper to print photos on the fly, just as you would expect from a Polaroid camera.

It will hit the shelves in the first few months of 2014, priced at $299, which works out at around £196. A hefty price, but you just know the novelty will sell this thing. 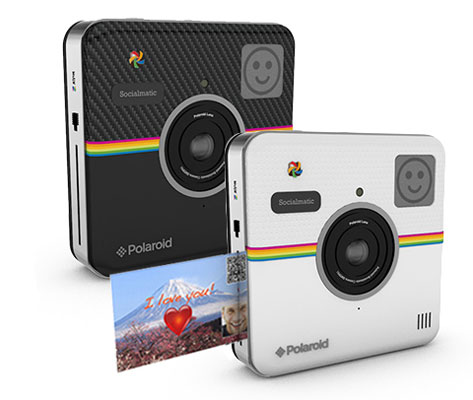