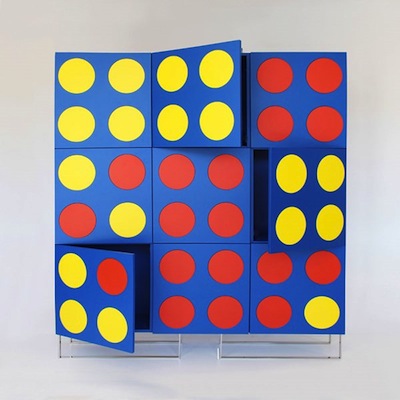 It's undeniably ridiculous but it's hard not to be charmed by the Disk36 by E1+E4, a cabinet inspired by the classic game Connect Four.

Designed by Luca Valota, it's deliberately intended to imitate the game – first sold in 1974 – from its blue grid to the yellow and red tokens. However, this cabinet is made from lacquered polished MDF rather than plastic and stands at a slightly more imposing two metres. And within the grid you get nine different cupboards, meaning it's vaguely practical too.

But it doesn't just look like Connect Four, you can actually play the game using the cabinet as each counter twists free and can be moved around, or taken out entirely as you can see on the image below.

It's priced at 7200 euros or just under £6000 pounds (shipping from Italy, however, is free worldwide) so it looks like it'll be a while before these are as common as the game in people's homes. Even more so, as it's limited to an edition of 70. 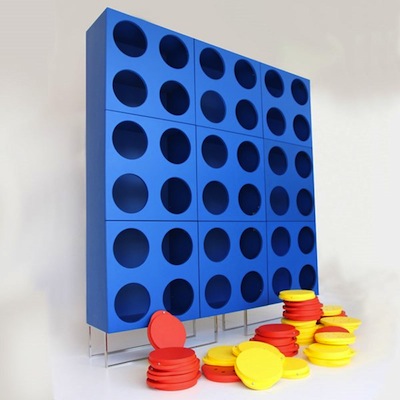