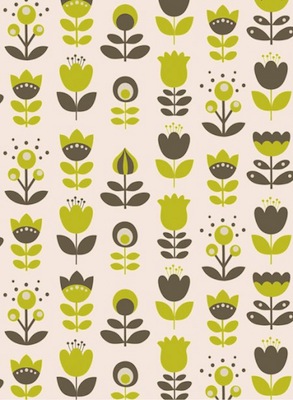 For a bright and cheering retro inspired design to put on your walls, it's hard to resist the charms of the Pop wallpaper made by Mini Labo for The Collection.

Mini Labo are a French company who specialise in colourful and fun designs, as can be seen in this wallpaper. It was actually produced to mark their tenth anniversary and features a repeated pattern of stylised flowers and other plant forms that will look right at home in a retro room.

The paper is apparently 'traditionally printed' in Britain and comes in three different colourways, two of which are shown here. 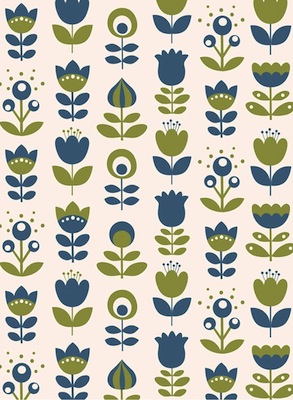