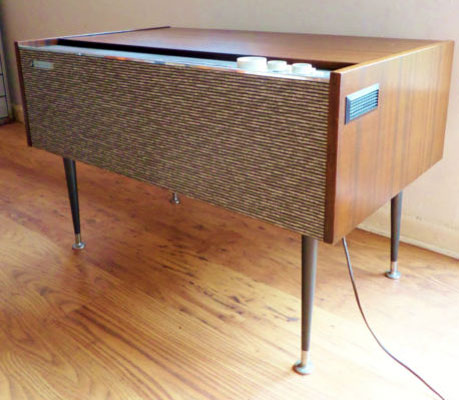 Some great vintage record players on eBay pretty much all the time, with this Defiant A74 record player and radio certainly being one of them.

The seller has this has 1950s or '60s, we think it's the latter. Probably described as a radiogram it has a 'low teak veneer' cabinet with Dansette-style legs, along with a two tone grey cloth on the front and leatherette on the inside. Within that is a Monarch/BSR record player that's good for four speeds, along with a radio playing long and medium wave.

It's described as being in 'very good condition' with 'slight age related wear', but in working order. You can see close-ups of it on the listing, but we think this would look amazing in a midentury-inspired setting.

Better still, it's not badly priced right now, currently at £34. 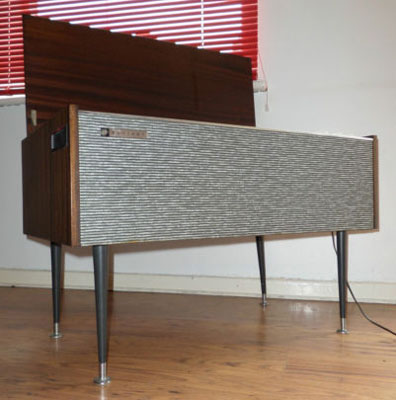 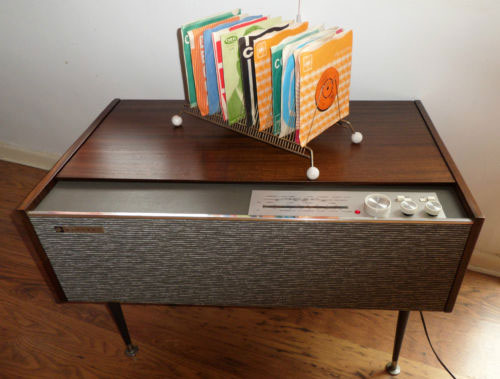