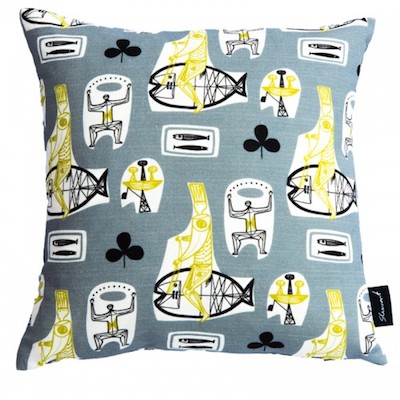 Want some genuine 1950s textile designs in your home? Check out the Robert Stewart cushions and tea towel range produced from Living Union.

Robert Stewart worked on all sorts of artworks, from paintings to graphics to ceramics, but he's best known for his textile designs, especially those hose produced by Liberty, Pringle and Donald Brothers in the 1950s. We featured some of those designs when they were reissued a couple of years ago as textiles: they've now made their way onto a selection of cushions and tea towels.

All the designs ooze midcentury style. There are four different cushion designs to pick from, based on the selection available from The Lollipop Shoppe, including the Macrahanish design shown above. There's also four linen tea towel designs (Kilmun is illustrated below) and two limited edition wall hangings.

See the range at The Lollipop Shoppe 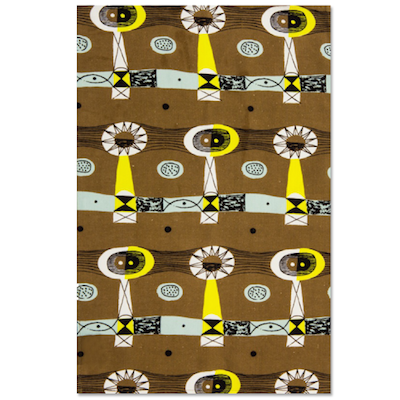 1960s-style Rydon wingback armchair at Made