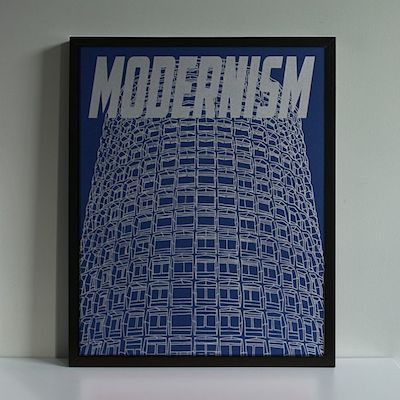 Alfred & Wilde designs a great range of prints and homewares. We especially love the London collection, which has been inspired by the Modernist architecture of the capital.

The work of Simon Mitchell, this range includes cards, tea towels and prints. One of the prints is shown above, a limited edition depicting Richard Seifert's tower at 1 Kemble Street, London. Completed in 1966 – the year before his Centre Point tower – it was originally called Space House. Here, its distinctive drum form has been depicted using metallic silver.

Meanwhile, it's a 1950s building, east London's Keeling house - built in 1957 by Denys Lasdun – that's shown on the tea towel below. Its imposing form is used as a repeated pattern against a turquoise and white background.

Take a look at the rest of the range for more. Prices start at £3 for the card, while the tea towel is £10 and prints start at £35. 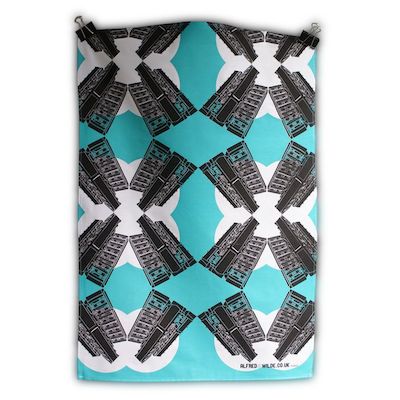 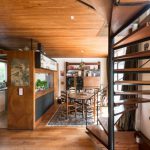