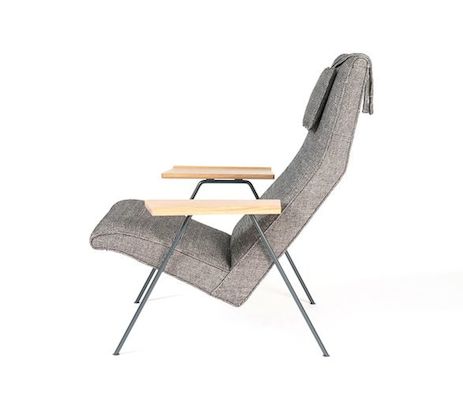 As we've mentioned previously, it's the centenary of Robin Day's birth and – to mark the occasion his classic Reclining Chair has been reimagined by a host of designers.

The chair, which Day considered to be one of his most successful design, was originally designed in 1952 and reissued four years ago. These versions feature the input of a whole host of designers – including the likes of Barber & Osgerby, Tom Dixon and Terence Woodgate - and range from the bonkers (step forward Ilse Crawford) to the extremely classy.

Pictured above is Margaret Howell's interpretation. She's upholstered the chair with "Blazer", designed in the 1950s by Gerd Hay-Edie for Hille, following a meeting with Robin Day and Lesley Julius, and now produced by Mourne. Below, meanwhile, is Kenneth Grange's take, which uses a Eleanor Pritchard textile.

Prices start at £1815. And, if that's out of your league, why not console yourself with a Centenary 100 Designs poster instead?

See the collection at twentytwentyone. 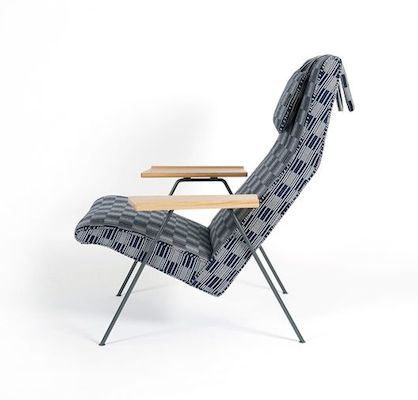 Be in a Blake: Sir Peter Blake-inspired Rainbow Mirror by Dandy Star