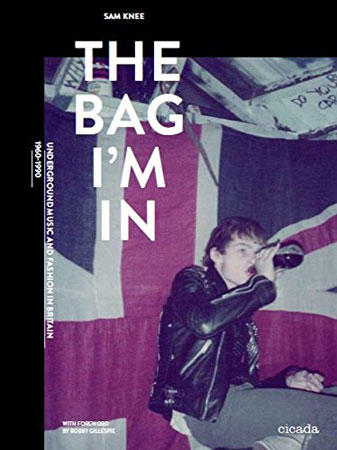 If there name of the author rings a bell, it might be because you own the wonderful A Scene In Between book from 2013. That covered a specific youth scene from the 1980s, but The Bag I'm in: Underground Music and Fashion in Britain 1960-1990 by Sam Knee sounds like a far more ambitious project.

As the title suggests, this is all about youth subculture (or youth cults) in the 20th century, looking at how young people defined themselves sartorially, reflecting their identity in terms of regionalism, class and especially musical taste through their ‘look’.

The book looks at over 36 ‘tribes’ from the UK streets, from mods and skinheads through to rockers, goths and riot grrrls, looking at each movement in detail and with the aid of previously unseen archive photography. It;s described as ‘a key resource for fashion enthusiasts, musos and cultural historians’, but it’s also a memory of an ever-changing street culture that no longer exists.

Paris in the 1920s with Kiki de Montparnasse by Xavier Girard

So This is Permanence: Joy Division Lyrics and Notebooks