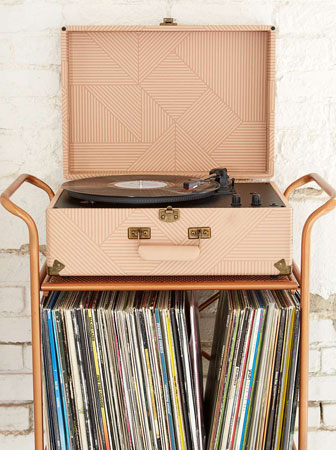 As the name suggests, this is a joint venture between Crosley and Urban Outfitters (so exclusive to the latter), with the record player housed in a rather nice case with geometric pattern on the inside and outside. An art deco pattern we would say, though the overall look of this player is from much later than that period obviously.

In fact, this is quite a modern piece of kit. Yes, it plays records at three speeds, but it also has built-in stereo speakers and USB connectivity, should you want to transfer your vinyl to digital formats.

Sold with both UK and EU plugs, the record player retails for £160. 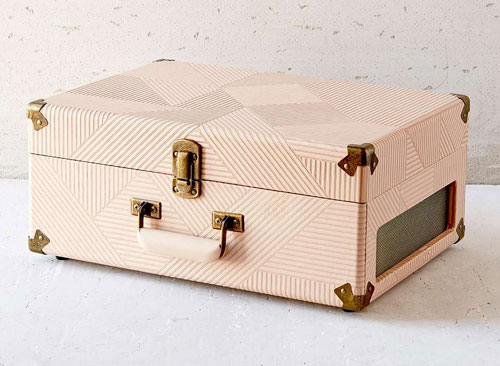 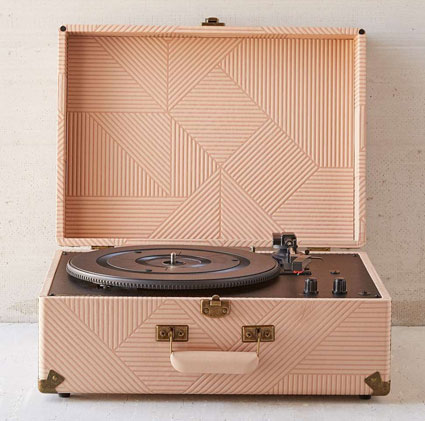