The original OneStep dates back to 1977, so it’s perhaps time for a sequel. The Polaroid OneStep 2.

The camera has been made by The Impossible Project, which has now been renamed Polaroid Originals and has produced a camera that doesn’t look hugely different to the first generation OneStep at a glance.

So the cream casing, a large red shutter button and Polaroid’s rainbow stripe down the front, with a more open viewfinder and two rows of lights on the top indicating how many shots are left on your film cartridge added. Oh yes, a rechargeable battery too, plus charging via USB if you need it.

The camera uses a new type of film developed just for the OneStep 2 known as the i-Type, with a pack containing eight shots. That’s pretty much where your expense will come from here. The film is never cheap, as it isn’t that cheap to make. But this film is cheaper than old Polaroid film at £14.99 per pack, which is definitely good news. 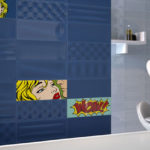