Perhaps the coolest car ever made and with the all-electric Jaguar E-Type, it’s even eco-friendly too.

Officially titled the Jaguar E-Type Concept Zero, this is the hip 1960s car reborn with modern-era technology. Based on a 1968 Series 1.5 Roadster, it has an all-electric 220kW motor, able to do 0-62mph in just 5.5 seconds and a range of around 165 miles on a single charge. Inside, that vintage look largely remains, but with a modern automatic gearbox and a touchscreen display also present. You’ll probably need the latter to check how much charge you have left.

The downside? This is a concept right now, shown off to really gauge reaction and to see if enough people are interested in the idea of a classic car with modern-era power. If it does arrive, don’t expect it to be cheap. This will be niche rather than mass production and the price tag is likely to be in six figures. 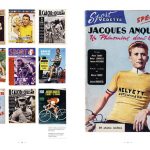