A cult classic gets the BFI treatment on Blu-ray – When The Wind Blows.

It’s an animation from 1986 from Raymond Briggs, based around Jim and Hilda Bloggs (Sir John Mills and Dame Peggy Ashcroft), a middle-aged couple, who believe that the British government is in control as they prepare for nuclear war.

When the countdown begins they follow the government’s ‘Protect and Survive’ guidelines, painting their windows white, building a fortress of doors and pillows and stockpiling a modest amount of food and drink to see them through. It obviously doesn’t go well.

The new release, with theme track by David Bowie and an original soundtrack by Roger Waters, features an audio commentary, a feature-length documentary about the film’s director Jimmy T Murakami, an interview with Raymond Briggs plus The Wind and the Bomb (the making-of When the Wind Blows), Protect and Survive (the public information film about how to survive in the event of a nuclear attack), an isolated music and effects track and an illustrated booklet.

Back To The Future Lego set finally hits the shelves 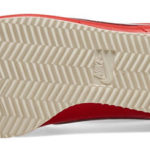