If London roads aren’t your thing, then how about trying the Monopoly David Bowie edition? Yes, there is such a thing.

But it’s only available from one retailer, with Booghe having an exclusive on this particular variant of the classic moneymaking board game.

Naturally, this is one for ‘fans only’. After all, why would you want to play this one unless you are a Bowie fan? You could be coerced into it by a friend who does, but ultimately you’ll need to know and love Bowie’s albums if you want to get good value out of this version of Monopoly.

That’s because the Bowie albums are at the heart of this game. Rather than buying up property, you buy up the albums then charge other players rent for landing on them. Once you own the album, you can also build stages and stadiums to charge extra rent and bankrupt your fellow Bowie obsessives.

Some nice little details too, such as custom Bowie tokens, those reimagined Monopoly spaces, bespoke pieces and Bowie-themed Monopoly money.

You can see the board in all its glory here and if you fancy a game, you can buy it online right now for £29.99. 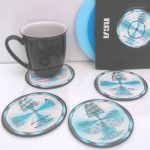 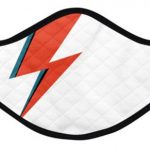