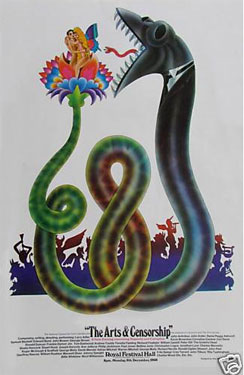 Finding just one original 1960s event poster would be a find, but the seller here has obviously found a quantity of original Alan Aldridge-designed The Arts and Censorship event posters somewhere – and is selling them for a very reasonable price on eBay.

The poster was printed in 1968 for a large event put on by The National Council for Civil Liberties and  The Defence of Literature & The Arts Society at the Royal Festival Hall on Monday 9th December 1968. Aldridge did the artwork for the event, which featured the likes of The Grateful Dead, John Peel, Rita Tushingham, George Melly and Paul Jones to name just a few.

The poster is printed on coated paper stock in full colour, sized around 31 x 20 inches. Condition is described as 'good', but with the occasional bent corner due to storage for 40+ years. Price? A very affordable £30.18 on a 'buy it now'. More than 10 are available. 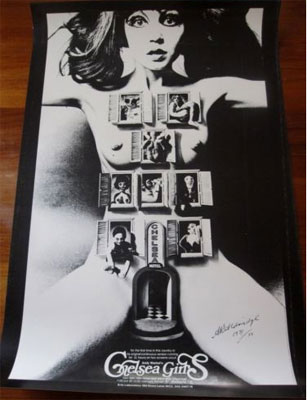