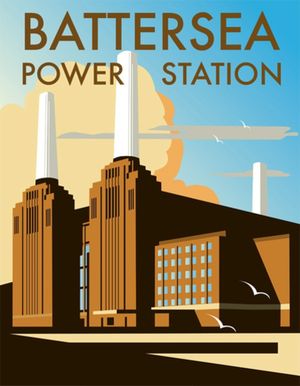 This 30s style Battersea Power Station print by Dave Thompson brings a touch of vintage galmour to one of London's most beloved buildings.

END_OF_DOCUMENT_TOKEN_TO_BE_REPLACED 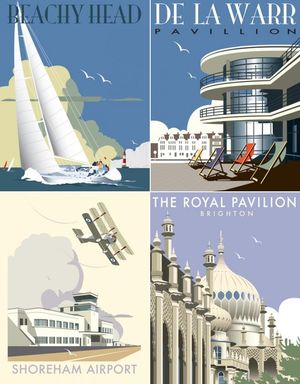 A frequent sight in British railway stations from the early 1920s, sharp & stylised posters advertised tourist hotspots accessible by rail, from the sunny climes of the Cornish coast all the way up to the remote Scottish Highlands, showing off the understated glamour of what's now become known as a 'staycation'.

Artist Dave Thompson has captured the resurgence of the 'stay at home holiday' and taken inspiration from classic art deco railway posters to create these prints of iconic landmarks across the south coast, making a day trip to sunny Sussex as appealing as a weekend in Saint-Tropez (almost).

£25 each from Castor & Pollux Gallery. See the website for more details.