The new season at Habitat is shaping up quite well, not least when it comes to these Eye and Face rugs. END_OF_DOCUMENT_TOKEN_TO_BE_REPLACED 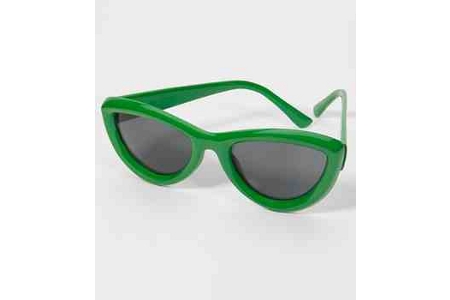 The dominance of oversized shapes on the sunglasses market of recent years appears to be shifting, but there's always a retro element for designers to look to. This pair of Green Wendy Sunglasses from Fred Flare offer an immediate vintage look without opting for clichés.

END_OF_DOCUMENT_TOKEN_TO_BE_REPLACED

Oversized shades have stayed at the forefront of mainstream fashion for many summers now, offering a myriad of mid-20th century styles at affordable prices. If you're after something out of the ordinary, however, Heartbreaker Fashion have the answer with these Tres Noir Sunglasses.

Eschewing the later sixties and seventies rounded styles, they've opted for a fifties influenced cats eye shape. However, this pair aren't as difficult to get away with as many similar looks, thanks to a larger lens and rounded lines throughout.

Get yours from Heartbreaker Fashion online for $90. 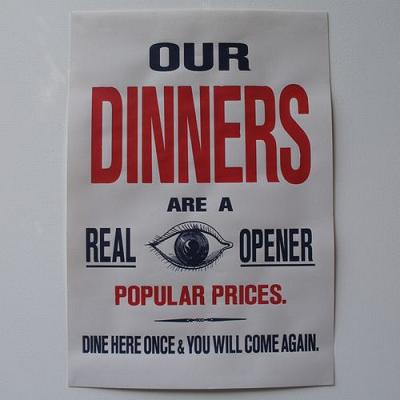 We've previously featured the reclaimed vintage fittings and posters from Trainspotters. They've now issued their own poster: this unusual 'Our dinners are a real eye opener' print.

The design is reproduced from a 1940s original and, as it was obviously once from a cafe or restaurant, would look great in a kitchen.

It's been produced as a limited run and costs £80.