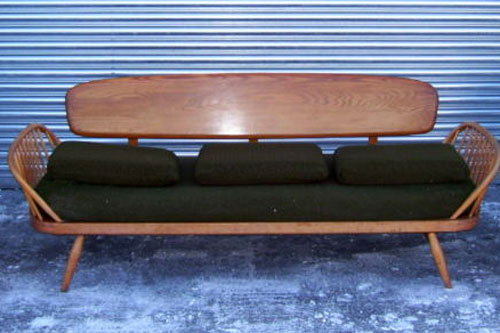 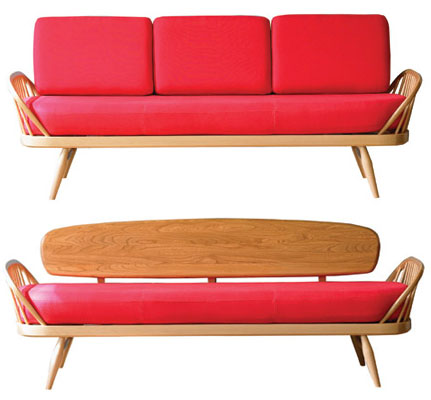 To celebrate Ercol's 90th anniversary, some of the company's more interesting designs have been made over and reissued, including the Ercol Studio Couch range.

The range was designed by the company’s founder, Lucian Ercolani, and was originally launched in the late 1950s, still keeping that 'look' with the reissue. Both models have the classic bent arms and construction from elm and beech, with the option of going with or without back cushions. There's also the option of different fabrics for the upholstery too.

Two designs in one too, with the ability to use as a sofa or occasional bed. £1,685 is the starting price, varying depending on your choice of finish. 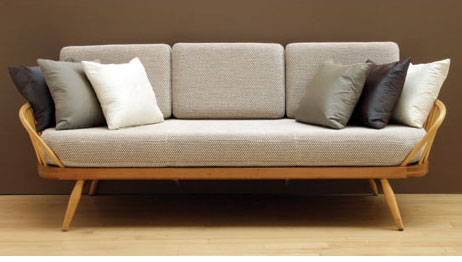 We featured one item reissued for the company's 90th anniversary yesterday, but here's another gem that's back from the Ercol archives – the Ercol Studio sofa.

Designed by company founder Lucian Ercolani in the late 1950s, it's both stylish and versatile, not least because it can double up as an occasional bed as well as a sofa.

Made from solid elm and beech, you can get it finished in a wide range of fabrics. Because of that point, prices vary, but start at £1,875. 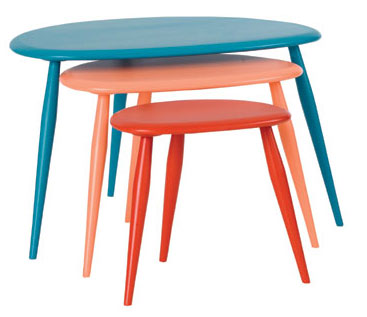 We actually featured the standard set some time ago, but Ercol has now produced a special 90th anniversary edition of its nest of tables with added colour.

It's still the same midcentury classic, a 1956 design from company founder Lucian Ercolani. Indeed, this edition celebrates 90 years since Ercolani set up the company. For that milestone, the tables comes as the tri-colour edition, specifically the three colours you can see above that cover the elm seat and angled beech legs.

If you want the set, £525 secures the three limited edition tables.