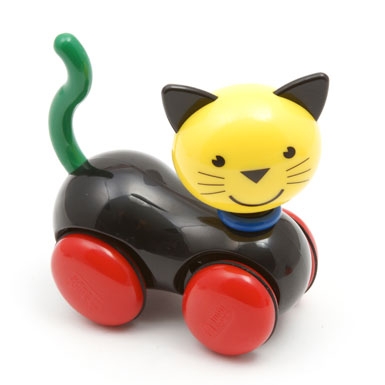 Last year saw the re-issue of classic 60s toy, PlayPlax. The inventor of that game, Patrick Rylands, has recently had several more of his classic toys put back into production and they're now available to buy from the V&A Shop.

END_OF_DOCUMENT_TOKEN_TO_BE_REPLACED 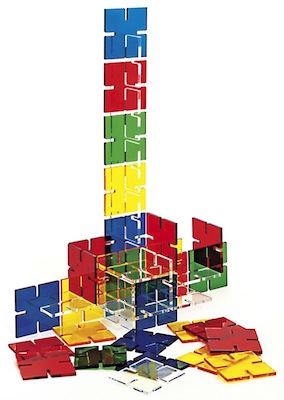 Another reissue of a '60s design – this time a classic game as Portobello Games is now selling PlayPlax.

Though you might not remember it by name, the game is visually striking and is made up of 48 brightly coloured square that interlock to create vast structures. That's as complex as it gets really – perhaps reflecting a simpler time for children's entertainment!

It was invented by Patrick Rylands in 1966 but the rights have just been bought by Portobello Games. They're making it in the same factory that was used to produce the game back then and using the same dye recipes to reproduce the original colours of the toy so the authentic feel of the classic game should still be there.