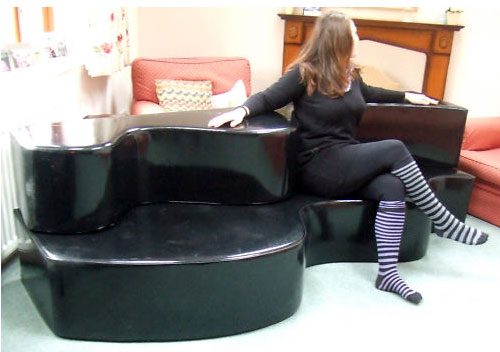 As you might have guessed, Archizoom Associati was a radical design group, operating out of Italy and designing this particular 'system' in 1966, produced at the time by Poltronova. Specifically the units are 'vinyl covered polyurethane blocks' that are cut into a large rectangle that's bisected by a wave'. The blocks can then be used as a chaise longue, sofa or divan.

Apparently in 'good condition', it's got some surface marks to the vinyl, but nothing more. Not cheap, with a current price of £449, but just you try finding another.