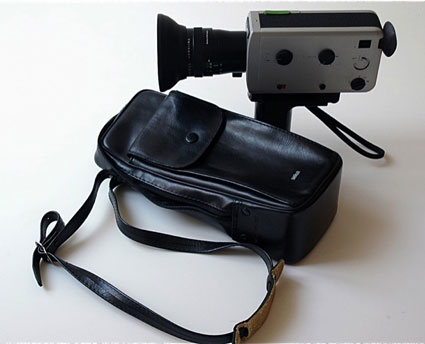 If you like the idea of getting into Super 8 movie making (and there plenty of resources out there to help), you might want to check out this gem on eBay – a Braun Nizo 148 XL Super 8 film camera.

The work of German Bauhaus designer R. Oberheim back in 1974, it comes with its original Schneider-Kreuznach Variogon 1,8/8-48 mm zoom-lens and a original black Braun bag to carry it. You'll have to find your own film, but that shouldn't be hard.

It's described as being in 'used but good' condition, with normal signs of wear, fine scratches and some loss in the lettering. But it is fully working, which is the important part. It's also very cheap right now – just £1.26. See the site for lots more images.