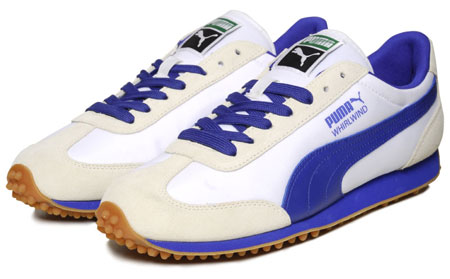 Reappearing on the shelves some 30 years or so on from their debut are these Puma Whirlwind Classic trainers.

This is an 'archive' reissue in a very eye-catching white and surf blue colourway, keeping the spikes for the sole, not to mention the original shape, this reissue is offered in a soft suede and mesh upper and in very limited numbers.

Grab a pair while you can, £49 is the asking price. 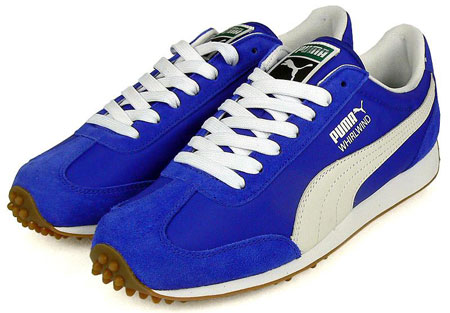 An old school gem is back from the Puma archives – the Puma Whirlwind II trainers.

Specifically they're back from the 1980s, originally a spiked running shoe, the lightweight shoe is back for a more casual modern-day use, offering the same profile with a suede and mesh upper, contrast foam stripe and rubber 'spikes'.

Limited numbers, they sell for £49. 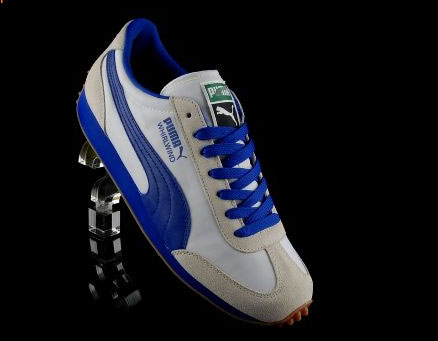 Originally produced back in 1980, the Puma Whirlwind 2 trainers are back on the market 30 years after their debut.

The Whirlwind 2, as the name might suggest, was originally creat5ed as a running shoe, but the reissue has amended things just a little bit, removing the racing spike and extending the multi pimpled outsole, which offers the shock absorption.