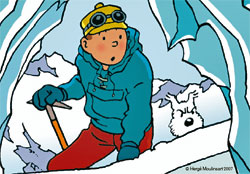 I used to be a big Tintin fan, right down to the haircut – so I’ll be buying a ticket for Hergé’s Adventures of Tintin, a theatrical version of the classic cartoon strip, which starts a UK tour from Saturday 28th July, kicking off at the Watford Palace Theatre.

Based on the book Tintin in Tibet, Hergé’s Adventures of Tintin follows our hero, his loyal dog Snowy and Captain Haddock as they battle to rescue their friend Chang lost in a plane crash in the high Himalayas. With time running out, and rumours of the Abominable Snowman prowling the peaks, it’s a testing time for our fearless young reporter and his friends.

The team behind it have a string of West End successes behind them and the first performance of the show in late 2005 got excellent reviews. So if you’re a fan, it might be worth getting along.

Find out more at the Tintin The Show website 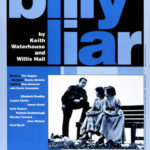