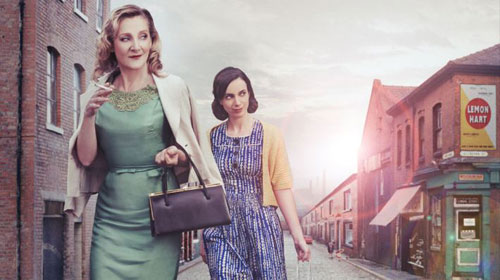 If you get a spare half hour, I really can't recommend enough catching Shelagh Delaney's Salford on YouTube. It will give you an insight into A Taste of Honey, which is getting a new revival from the National Theatre in London.

A Taste of Honey was written by Shelagh Delaney at the age of 19, making it to the big screen in 1961. However, this take of Salford life is going back to its theatrical routes next month, which is perhaps the best way to discover it.

As for the story, it's the tale of teenager Jo in the late 1950s. Her mother Helen runs off with a car salesman, she takes up with a black sailor who promises to marry her (but only leaves her pregnant), then steps into a life with art student Geoff, who assumes the role of surrogate parent until things fall apart when the mother returns.

Groundbreaking in its day, it's a stark depiction of working-class life in post-war Salford, but an entertaining one too. You'll find A Taste of Honey at the Lyttelton Theatre on London's South Bank from 10th February, with tickets available from £12.