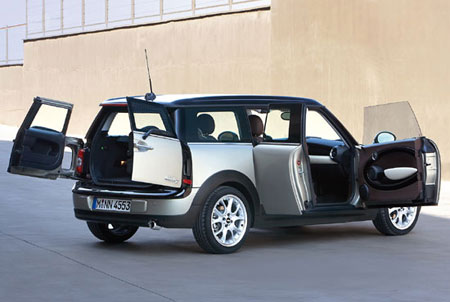 Following in the tradition of the original Mini, BMW has launched a luggage-friendly version of the car under the previously-used Mini Clubman name.

It hits the UK on November 10th, with a choice of three models and allsorts of colour combinations, all packing a vertically split tailgate, a single rear-hinged door and of course, more length along with more legroom in the back compared to the standard Mini. The boot has 260 litres of luggage space, increasing to 930 litres when the seats are flattened, while the engines are claimed to be cleaner and quicker than previous Mini engines and the suspension is a little bit firmer.

Get an interactive tour at the BMW MIni website 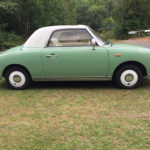 One thought on “BMW launches Mini Clubman – the luggage-friendly Mini”