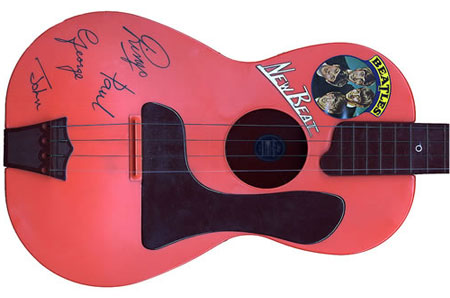 Want to play just like The Beatles? Well, there’s little chance of that with Selcol’s Beatles New Beat guitar.

This is an original piece of Fab Four memorabilia, dating back to 1964 and now extremely rare. Because lets be honest, no-one ever looks after their toys. Officially licensed and measuring 32 inches in length, the guitar has just four strings, a logo and some mock autographs to the face.

So can it be used to play anything at all? Well, it does come with a lyric sheet and chords for five songs, so it probably can. It also has its original coffin-shaped cardboard box, albeit with some slight wear and tear. Not the kind of thing that appears all that often – so the price of £750 is probably about right. 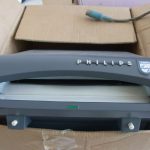