Sick of Slade? Bored of Band Aid? Don’t despair – we have a selection of five retro Christmas albums, packed full of great tunes to soundtrack the festive period. Any that we’ve missed? Let us now below.

The hardest-working man in showbusiness is no longer with us, but his festive favourites are. This is a compilation of all the man’s Christmas work including tracks from his 1966 LP, Christmas Song and his ’72 recording, Hey America – a mix of self-penned tunes, covers of early 60s R&B Christmas tunes and some full-on festive funk – typified by Soulful Christmas – classic JB, but with a seasonal message (and available a couple of years back as a limited vinyl 45). Get the party started for a ridiculously cheap £3.98.

Guaranteed to liven up any party are the Seasonal Favourites volumes one and two albums, available from Double Crown Records. It’s Christmas music, but with a twist – as you might expect from  a surf/garage/rockabilly label. If you want to know how much of a twist, check out the two tracks below. And if you like what you hear (and want indie/garage versions of Merry Christmas (War Is Over) and Little Drummer Boy in your collection), you can order both online from Double Crown for a bargain £6.59 each.

Back to the early days of soul for a collection of choice festive cuts from the Ace Records archive. Not many household names or indeed tunes here, but if you want some seasons, blues, R&B and doo wop, it could be for you. And who could resist cutting a rug to Dig That Crazy Santa Claus by Oscar McLollie & The Honey Jumpers? 20 tracks in total, selling for just £7.98. And for more of the same, check out Mark Lamarr’s Rhythm and Blues Christmas

4. Phil Spector: A Christmas Gift For You

Still the ultimate in cool Christmas music over 40 since its release.  All your Christmas standards, but with that Wall Of Sound production – White Christmas, Frosty The Snowman, Santa Claus Is Coming To Town, Rudolph The Red-Nosed Reindeer and Silent Night – they’re all here and still as fresh as ever. You can pick it up as a double CD, coupled with a Best Of Phil Spector album – an absolute essential for £9.

A tough call for the number five slot – we were going to opt for the Motown collection, but after giving it a spin, we decided it wasn’t as good as you might think, so opted for Mr Christmas himself – Andy Williams. Yes, sip on a jumper, light that fire and kick with some crooning classics. Too many festive favourites to name here, from carols to singalongs – just think of a song and its almost certain to be here. Another bargain at £3.97 – and one you’ll play every year. 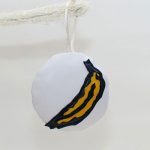 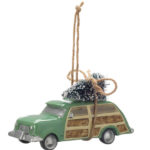