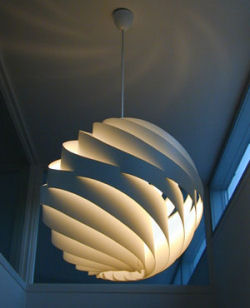 There are plenty of budget white shades available at the moment have been obviously influenced by this classic, the Turbo Lamp Shade.

Designed by Louis Weisdorf in 1965, it was re-issued in 2005 in its two original sizes, Turbo36 and Turbo62 (the number referring to the shade’s diameter in centimetres). The Turbo consists of twelve identical segments of aluminium, sprayed white, that follow the curve of a globe.

Designer Lights have both sizes available to buy, starting at just under £500 for the smaller one. This probably puts it out of most people’s budget but at least if you do settle for a high street copy, you’ll know where the inspiration came from! 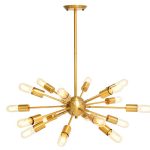 One good cup deserves another tins from Jamie Oliver