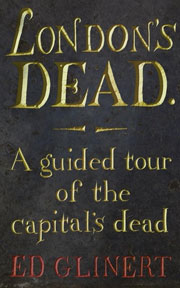 Looking for some morbid bedside reading? Look no further than London’s Dead by Ed Glinert, described as ‘a guided tour of the capital’s dead’.

Featured within the vintage-style sleeve are some of the most notorious and intriguing fatalities committed in the city’s ancient streets – from the famous and infamous to unsung heroes and tragic victims, from well-known resting places to undignified graves and a fascinating variety of sticky ends besides. From accidental, hoax and pre-planned deaths through to death while dancing and laughing, not to mention death by hanging, knifing, drinking, drowning, disease, explosion, poisoning and strangulation. The easily shocked need not apply.

There’s also a look at London’s Victorian graveyards, cemeteries and churchyards, alongside less official burial sites – like unmarked holes in the ground and concrete flyovers. If that’s entertainment for you, the book is out in hardback in March, priced officially at £12.99 (though Amazon are doing pre-orders for much less). 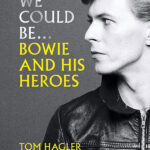 We Could Be…Bowie And His Heroes by Tom Hagler