A doll really can represent the changing face of fashion, with Dressing Barbie by Carol Spencer showing you how.

Officially titled Dressing Barbie: A Celebration of the Clothes That Made America’s Favorite Doll and the Incredible Woman Behind Them, this is a 160-page hardback book focusing on Carol Spencer and published by Harper Design next month (but available to pre-order right now) as part of Barbie’s 60th-anniversary celebrations.

Who is Carol Spencer? Well, Carol Spencer is the woman behind the clothing Barbie wore in her heyday. If you’ve ever had a Barbie doll, chances are that Barbie was dressed in one of the thousands of designs she created for Barbie during her 35 years as Barbie fashion designer. Yes, that is a real job.

The book is a celebration of the styles creates by Carol over the years, illustrated with more than 100 full-colour photographs, including many never-before-seen images of rare and one-of-a-kind pieces from Spencer’s private archive.

The end product is described as a ‘treasure trove’ of some of the best and most iconic Barbie looks from the early 1960s until the late 1990s, with behind-the-scenes stories of how these designs came to be and stories about other key characters in Barbie’s development, such as Ruth Handler, Barbie’s creator, and Charlotte Johnson, the original Barbie designer.

If you are a collector, it might well work as a reference guide too. Or if you simply love retro and vintage clothing, it might well prove something of an inspiration for your own wardrobe. Yes, the clothes are in miniature, but they were designed with the same level of detail as any full-size garment.

Note that Hive Books (which supports indie booksellers) is also doing pre-orders for £18.69. You can find details of that here.

Art for All: British Posters for Transport 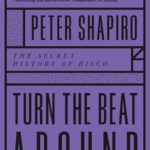 Style Me Vintage: Accessories by Naomi Thompson and Liz Tregenza