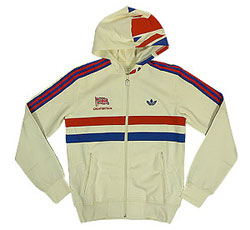 In the UK at least, there seemed to be a golden era of athletics in the 80s, with just about all the leading competitors (not just British ones) being household names. Even with an Olympics coming up, I still can’t name any of the current British team – but I do remember the stars of my childhood, headed up by legendary decathlete Daley Thompson.

And so does Adidas it seems, with the launch of its Great Britain hoody. It’s based on the gear worn by Thompson in his 80s heyday, complete with Union Jack logo and hood, as well as all the period Adidas detailing.

Personally, I don’t think I could pull it off. But if you’re on the look out for some 80s nostalgia for your wardrobe, you can pick up one of these for £60. 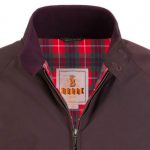