I don’t think we’ve ever had a response to anything quite like the Colombo One phone. Picked up by numerous high-profile sites and magazines, we’ve also had numerous emails asking us when it will be available for sale. Well, now we know…sort of.

After a quick word with the designers, we believe that the Colombo One handset will be available around the end of April/start of May. The Joe Colombo-inspired handset will be officially launched at the Milan Furniture Fair in April, with purchase online available soon after. UK retail distribution is just being finalised – details to follow – but it’s likely to be later in the year.

When we get a specific date for sale and a confirmed price, you’ll be the first to know. 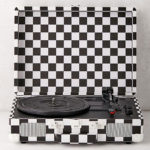 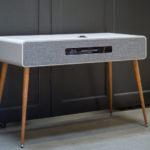