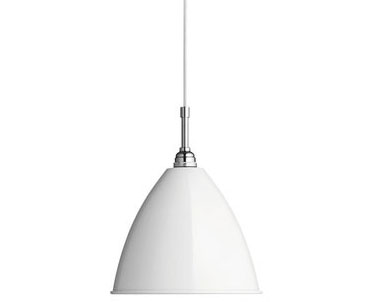 Modernist design wasn’t just for mainland Europe – Britain had its own cutting-edge objects in the 20s and 30s too, with the Bestlite lamp being the most famous. And not only a lamp – you can now pick up that same design for your ceiling with the Bestlite BL9 pendant light.

The Bestlite was described as ‘the first Bauhaus manifestation in Great Britain’ when it was introduced in 1930, the work of Robert Dudley Best. And that stylish simplicity can still catch the eye almost 80 years later, mixing stainless steel and aluminium in a choice of matt black, matt off white and glossy black, with the shade sized around 21cm in diameter.