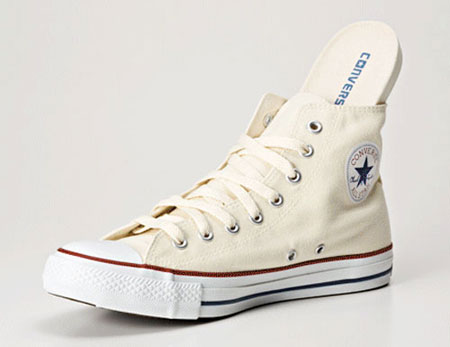 The shoe itself has been specially made for the anniversary, sold in a box that’s shaped as a pile of books. Indeed, the shoes also come with a book that covers the history of the brand, as well as featuring 100 of today’s biggest stars, alongside 100 people inspired by them.

To be honest, it all sounds a bit ‘arty’ for a street shoe, but there’s no denying these will be a future collectable. Available in a choice of three colours and two sizes only, no price is available as yet. See over for an image of the box. 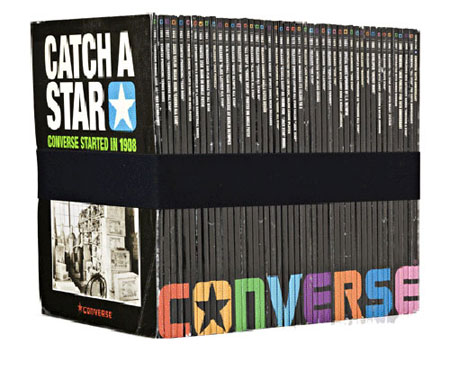 2 thoughts on “Converse 100th anniversary shoes in a box”